Home »Most Recent»11. ANATOMY OF A MOVEMENT, AIR MOBILE

No roof, three half walls, ruble everywhere, and they called it Firebase Chris. However it got its name this bombed out temple was in desperate need of help and the bad boys of Delta were called. Air support was at our fingertips and that included air mobility the fastest and most direct mode of transportation for our unit.

Wherever you were, whatever you were doing and that included sleeping, your gear was within reach 24/7 and you knew every inch of it by heart. Without thinking you grabbed part or all of it in a moments notice. The call came in and we started running strapping our gear on while heading towards the sound of rotars. They would only touch the ground for an instant and it was our job to be on it when it left. With full gear and rifles on lock I dove head first into the chopper from a dead run. The gunner would only help the first guy on and it was then my job to lock arms with the next and so on and so forth. We were already in the air heading towards Firebase Chris.

Pinned down the camp was taking fire from two sides each in a wood-line of trees and scrub bush and all from small arms. Getting closer and having the air advantage of sight I could see the firefight raging as the pinging of bullets rattled the underside of the chopper. This time I knew he wouldn’t touch the ground and I had less time to get out than I had to get in. Being the alpha personality that I was I sat on the edge of the chopper with my legs dangling ready to go. The gunner, right above my head, opened up with ground cover. As the 60 wailed I waited for his boot to kick me in the back and down I went. Dropping ten feet I hit with a thud followed by five other thuds in wet rice paddy mud. Stuck up to our knees like six darts in a wall we struggled to get free.

I unstrapped my gear and used it as a floatation device to get leverage and working my way free. As fast as I got up I jumped back down in horror. Coming right at me, at what appeared to be straight down, were Phantom jets attacking in tandem. I was hoping they knew what the hell they were doing and no sooner did I think it they changed direction and went back up. In that precise instance they unloaded a small arsenal with such precision all shooting stopped getting both sides attention. After the defening sound of the after burners kicked in there remained nothing but silence and the smell of spent jet fuel. My first encounter with F-111 Phantom jets, the workhorse of the Vietnam War, was educational to say the least and I just knew we were going to be good friends.

F-111 Phantom on a bombing run. The Phantom was capable of a 45 degree descend and in a moments notice ascend at the same angle. This was the workhorse of the U.S. arsenal during the Vietnam War. 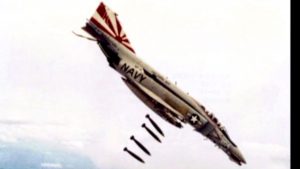 I took these photos on route to Firebase Chris.

Air mobility was important for our unit and we could be transported from one firefight to another as help was needed. The 199th was designed for these types of operations. 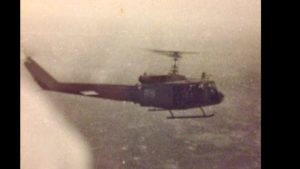 Inside an open doored helicopter with two mounted 60 caliber machine guns is defening. Communication between the crew was through head phones in the helmets. Passengers communicate with hand signals. 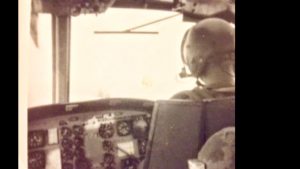 Hanging out the side of the chopper was always fun unless you were being shot at. Standing on the rudders I took this picture before heading in. Using hand signals due to the noise factor I knew the basics of the operation. Good guys on the right and bad guys on ten left, it was as simple as that. 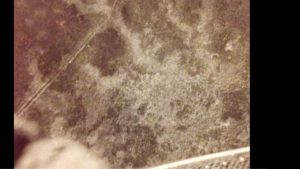