Home »Most Recent»7. ANATOMY OF A MOVEMENT, VIENTIANE

Unlike the Vietnam War the Secret Wars were played by a different and unusual set of rules. Due to the failure of the 1962 Geneva Accords, which declared Laos an independent and neutral state, the U.S. and Soviet Union agreed to a hands off policy creating the illusion of non involvement. For publicity sake any involvement would have to be covert to keep up the illusion.

As the spring offensive unfolds to coincide with the Tet Offensive in Vietnam The Plain of Jars is under attack and President Johnson approves Operation Barrel Roll in support of the Royal Laotian Government. On June 9, 1964 U.S. Air Force F-100’s took off from Thailand on their first missions attacking antiaircraft artillery units in The Plain of Jars. This attack initiates a nine year campaign in Laos under the most bizarre circumstances. To keep up the illusion of a hands off policy agreed to by the U.S. Government the nine year campaign was totally run by the U.S. Ambassador in Vientiane. Never before or since has a non-military or non-cabinet member of the U.S. government had such power.

There were three ambassadors to Vientiane during Operation Barrel Roll: Leonard Unger, William H. Sullivan, and G. McMurtrie Godley. These three ambassadors were responsible for directing all air operations in northern Laos. Without their permission no enemy targets could be bombed and they validated targets usually with Laotian government approval. Since many of the fighters were hired mercenaries attacks were carefully orchestrated on specific areas to avoid hitting allied forces. By 1969 the ambassadors air staff alone had grown to 125 personal. There were also air operation centers throughout the five military regions under their control. The ground forces, air pilots, and staff personnel duties were hazardous and unofficial since the U.S. and Laos maintained the illusion of neutrality as per the 1962 Geneva Accord.

A different set of rules applied to The Secret Wars. Just as the ambassador controlled the air campaign  the CIA controlled the ground forces. Here the head of the CIA is with Royal Lao government soldiers. 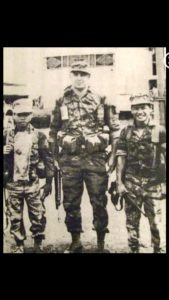 American aircraft line this airfield outside of The Plain of Jars.

A hidden airfield in the northern Laotian mountains. 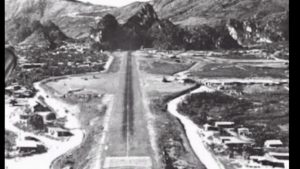 Although The Secret Wars was a side show to the Vietnam War it took its toll on America both financially and emotionally. The two wars ran parallel to each other right up until the end. The Treaty of Ventiane signed on February 21, 1973 was a carbon copy of the Paris Peace Talks signed a month earlier, each to end their respective wars. Each mandated the withdrawal of foreign troops from their countries and new governments were to be implemented with security from joint forces. Each treaty failed shortly after it’s inception and when Saigon fell in April of 1975 Vientiane fell the following November. Although the wars in Vietnam and Laos ended for the United States the conflict in Southeast Asia was far from over.

Hmong fighters supplied with American weapons took the brunt of the fighting in The Plain of Jars. 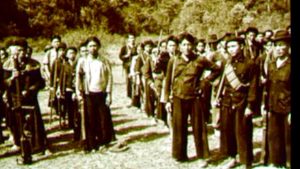 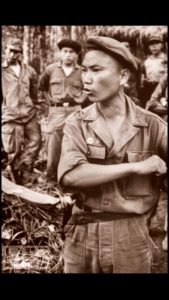